This Constitution shall come into effect on September 2nd 1993, and will replace and supersede any previous Constitutions.

The organization shall be “Sault Ste Marie Model Airplane Radio Control Club; its shortened form shall be known as “Soo Modellers Club”, hereafter referred to as the  “Club”, and is incorporated as such under the laws of the Government of Canada.

The Club shall act as a representative of the Model Aeronautics Association of Canada  (M.A.A.C.) and ensure that MAAC’s regulations governing the operation of radio control miniature aircraft shall be adhered to by the Club’s membership.

The Club is organized for the purpose of promoting, in the City of Sault Ste Marie, without pecuniary gain to its members, the following objects and purposes:

(a) To foster an interest in the advancement of Model Aviation in the community.

(b) To establish and maintain a model airplane flying site that conforms to the MAAC Safety Committee guidelines.

(c) To train and qualify individuals in the building, operation, and maintenance of radio controlled aircraft.

(d) To recognize and qualify member pilots of other clubs.

The Club will operate a flying site within the boundaries of the City of Sault Ste. Marie, Ontario, Canada.

ARTICLE 5- MANNER OF REVISING THIS CONSTITUTION

at least 30 days prior to the Club’s annual general meeting.

(b) All amendments to the constitution require a majority vote of members of record and proxies to carry. 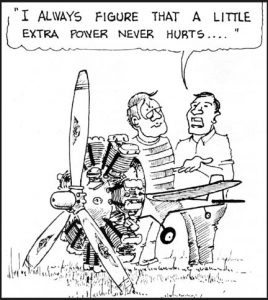