In addition to the flying field, our flying site has an excellent facility (a.k.a. the “dock”) for water based flight operations of all types! 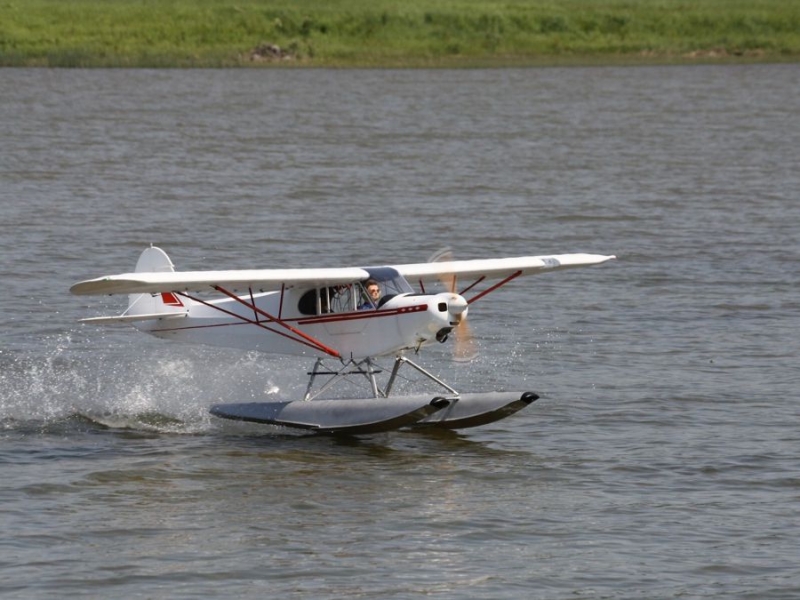 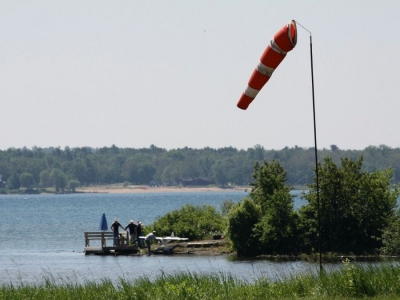 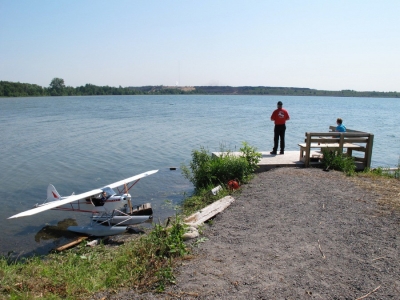 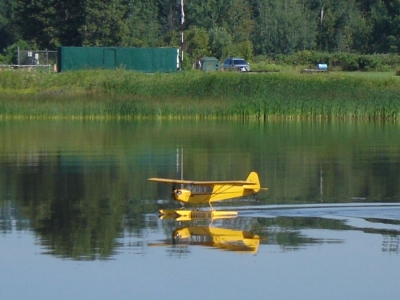 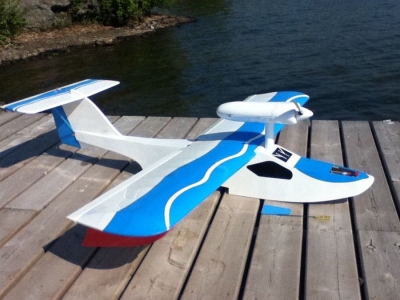 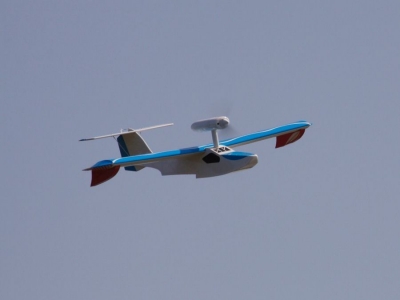 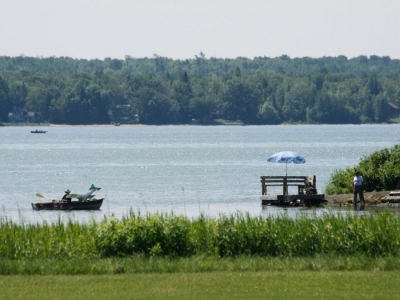 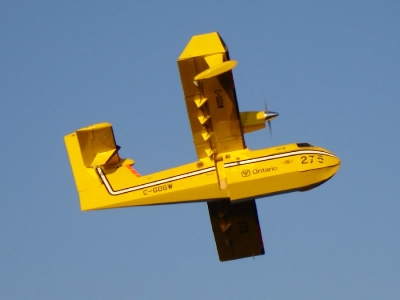 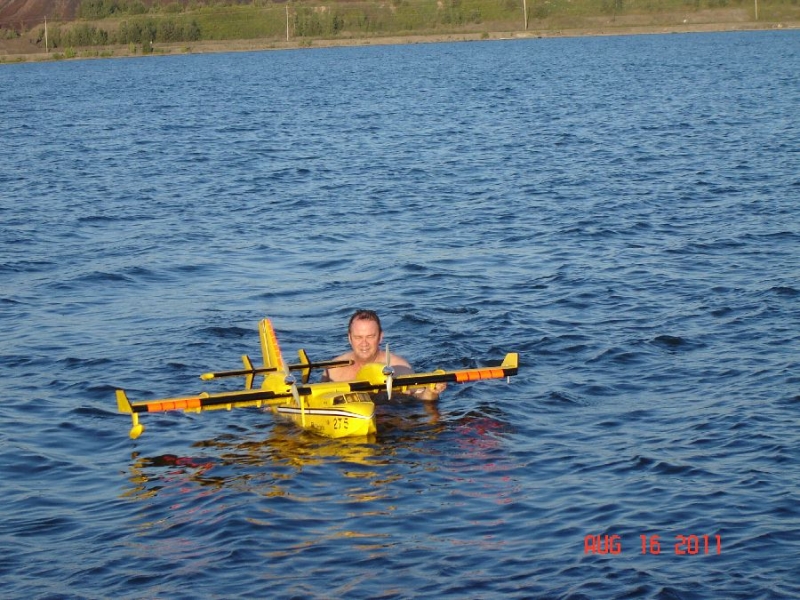 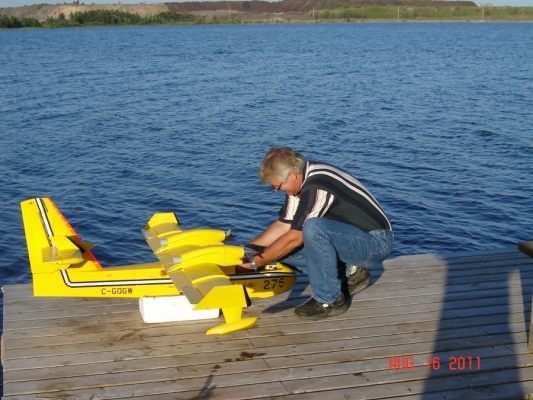 During the fierce windstorm on the day before Christmas, the dock was blown off its mooring and came to rest on the North shore of Leigh’s Bay, just South of the flakeboard plant. It appears to be well up on the beach, the waves must have been crazy. We can see where the waves were blowing over the road to the dock area.

After it’s delayed appearance, Canadian winter arrived in style the following week, with a blanket of new snow and ice forming on the bay. On Saturday morning, Craig and Terry trekked to where the dock has landed, and as seen in the photo below, it is high, dry, and solidly frozen in for the winter!

Our plan is to wait until summer and float it back.

On Saturday morning, members converged on our wayward dock from three directions: some by boat, some through the woods, and still others came down a walking trail from Base Line. With abundant use of muscle power, levers, and rollers, the dock was soon dislodged, moved to the shoreline, then walked out to deeper water.

From here it was towed by boat back to the end of the peninsula. The dock was then winched up on the crib, the gangway installed, and ready for another season of float flying!

Thanks to Steve Daly with the wrecker, Cecil with his boat, and everyone that helped out with muscle power, advise, and moral support to get the dock back home again! 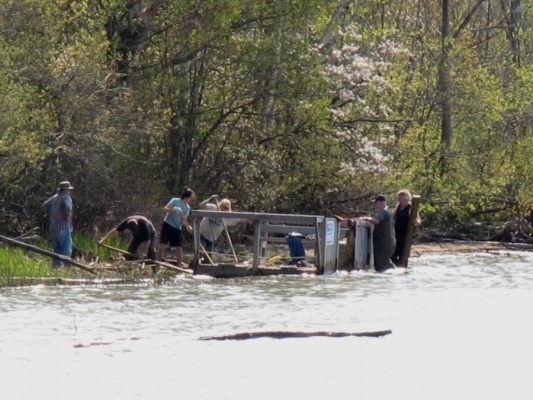 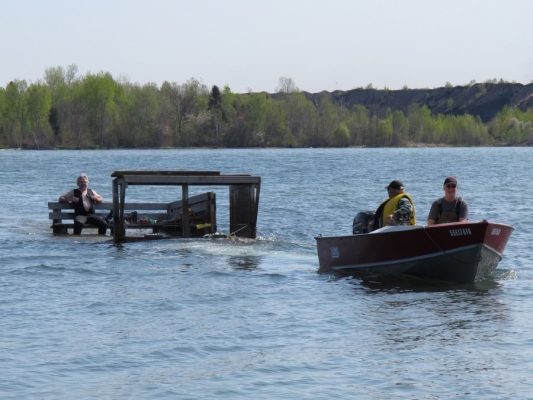 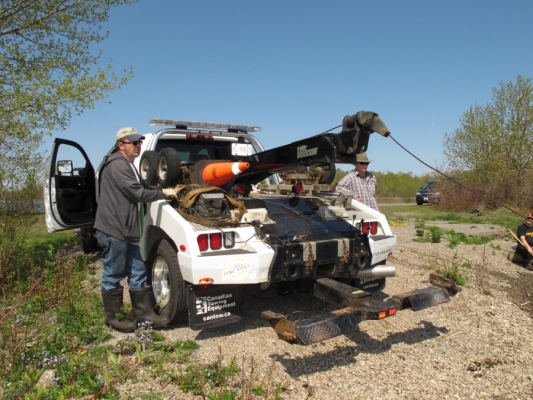 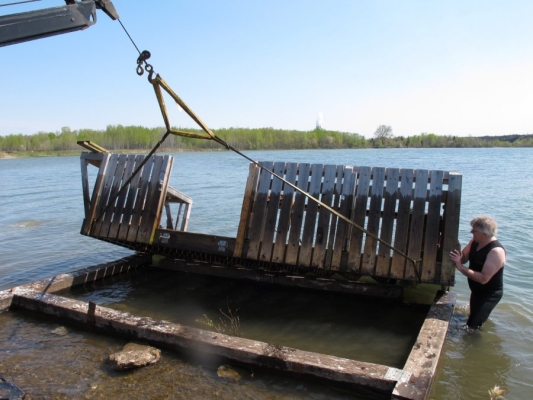 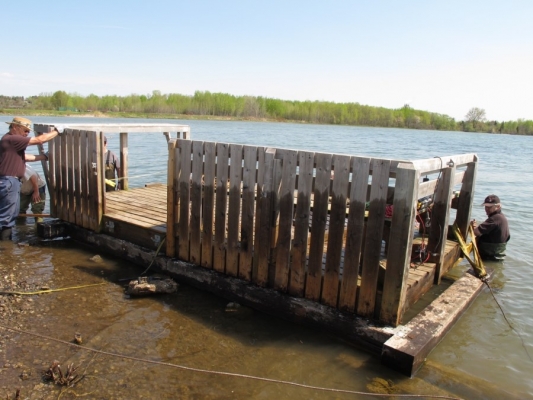 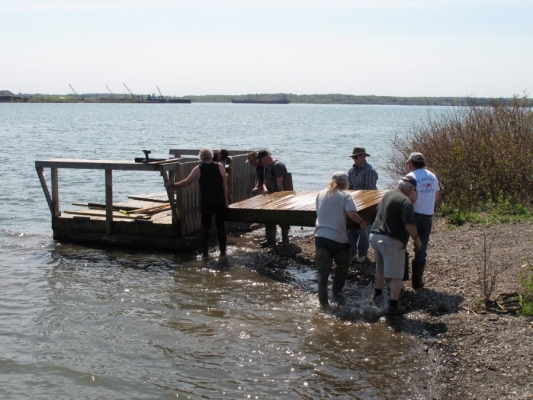 Our dock has moved again. This time Steve Daly and the wrecker pulled the dock up on shore for the winter. The dock needs a rebuild of the footings in the river, or a floating modification. We will have discussions of the dock’s future in our meetings this winter.